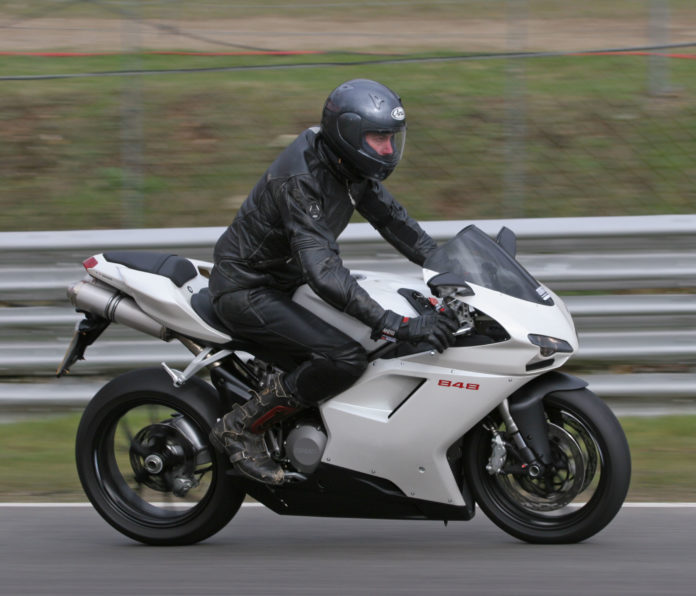 We have more celebrity bikers for you. We?ve seen some of our favorite classic bikers and some modern singers. Today we bring you actors who ride bikes! 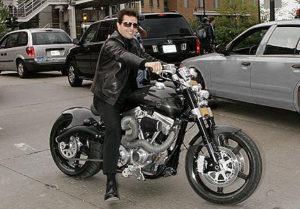 So maybe he?s gone a little crazy these last few years, but we still love his older movies. The Mission Impossible star can regularly seen riding around Hollywood on a motorcycle. He owns several including a Vyrus 987 C3. He also rides motorcycles in many of his action movies, often performing some of his own stunts and chases. 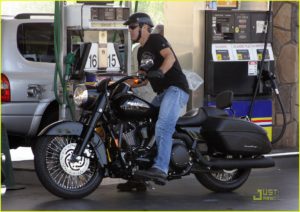 He?s a ladies? man and a man?s man, so it only makes sense for Clooney to also be a badass biker. Clooney owns a Harley and rides it regularly. In fact, last summer the Ocean?s 11 star road tripped across America on his bike. He rode with his best friend and business partner, Rande Gerber. 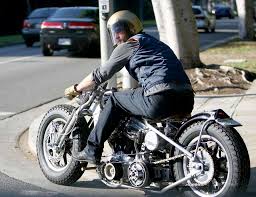 He?s one of the best actors of our time and is married to one of the world?s most beautiful women. But the Fight Club actor is also a motorcycle-enthusiast and collector. He owns an Ecosse Titanium, and last summer dropped nearly half a million on a rare German bike from 1942. The three-wheeled bike was used in Nazi reconnaissance missions and there are only a few hundred left.

Dirty Harry himself owns a Triumph. He?s over 80 and doesn?t ride much anymore. However, he rode motorcycles in many of his movies. In fact, The Gauntlet and Every Which Way But Loose were biker movies in which Eastwood encounters biker gangs. 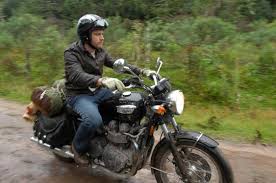 In real life, Obi Wan Kenobi is a motorcycle enthusiast. (Or motorbike enthusiast, as British McGregor would call himself.) McGregor has shown us many talents: singing in Moulin Rouge, using the Force in Star Wars, and of course acting. But he is also a biker and a documentarian. The shows Long Way Round and Long Way Down chronicle his motorcycle journeys. 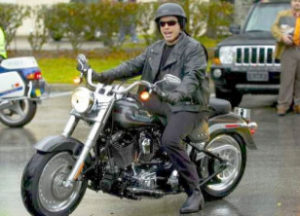 He stole our hearts as bad boy Danny in Grease. But Travolta?s a real life biker badass. He is the proud owner of a Harley Davidson. In fact, he rides one similar to the one his character rode in Wild Hogs. He?s less lame than his character, though. 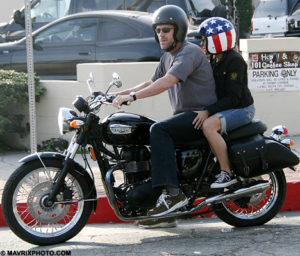 You know him as the sarcastic, but brilliant doctor on House. But he?s so much more. You may not know that he is a singer and plays multiple instruments. He is also a big fan of bikes. Being the Brit he is, he rides a Triumph Bonneville.

Where to Plan Your Fall Foliage Ride