If you?re in the market for a new bike soon, we?re previewing some of Honda?s newest bikes. Look for these to hit the market in 2017. 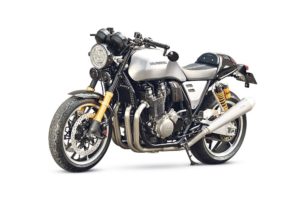 Honda debuted an update to the traditional CB1100 in Tokyo. The CB1100 Type II looks tougher and meaner. It?s got 17 inch wheels and better curves with aluminum side panels. The Brembo brakes, cafe racer style, and the fuel tank from a bigger model makes for a cool new upgrade on a fan favorite. The regular CB1100 will be getting a few stylistic changes for the new year, as well. 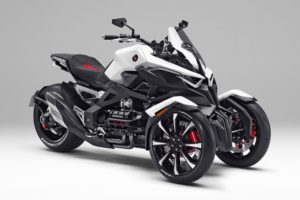 Honda is trying to get into the three-wheeled bike market. It may not be ready for 2017, but the company is working to move past the prototypes to production-ready vehicles. The Neowing has advanced technology, including a hybrid system that boasts great acceleration.

The body looks a bit flashy for now, and the final retail version will likely be tamer. However, Honda wants to combine the sporty look with stability. We know the final version will look kick-ass.

A much smaller project than the Neowing, the CRF250 Rally is meant to be a powerful off-road motorbike. Other off-road Hondas get a lot of criticism for their bulk. The Rally is the solution.

It?s thin and sleek. The front panel is designed to be practical for adventure biking. It?s also got an LED headlight and Termignoni exhaust system. 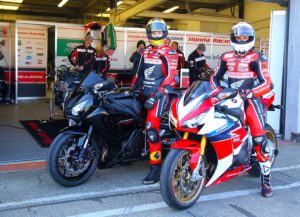 Not so much a new model, but Honda has released a couple of special edition Fireblades. The TT Special comes in patriotic red, white, and blue. It includes Gilles levers, lever pads, and TCA chain adjusters.

The Black Edition is just that–sleek and black. It has a higher smoked screen, but overall shows that kickass bikes don?t need all the extras to be cool.

Keep up with GothRider Magazine to find out about other companies? newest models.

Even Badass Bikers Will Love These 5 Cocktails

Some of the Biggest and Best Motorcycle Rallies in the USA