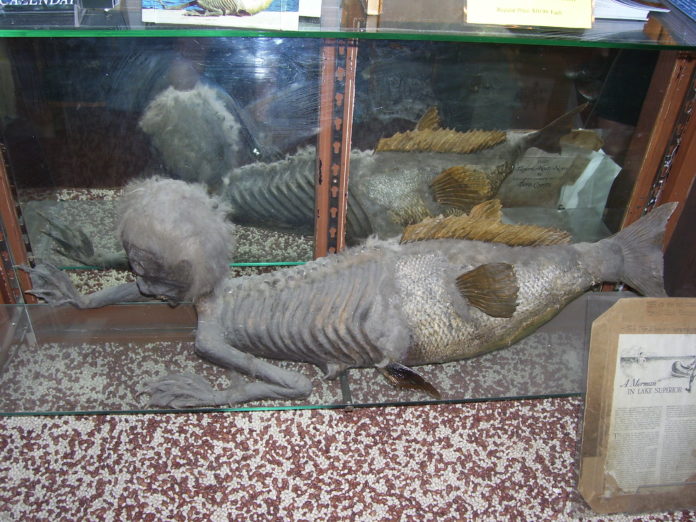 Oh, Canada! There are some great scenic rides in the great country of Canada. But we wondered: does Canada have as many crazy roadside attractions as America?

It does. And we’ve highlighted some of our favorites here for your next motorcycle trip.

The Indian Trading Post is worth a stop for all the cool native arts and decor. But be sure to check out the “merman.” Apparently, it’s some creature of unknown species that looks like a small, underwater human. We’re doubting the authenticity, but you never know.

The Boy and the Boot Statue, Winnipeg, Manitoba

It’s a small, unassuming statue of a raggedy boy holding a leaky boot. He was intended as a tribute to Queen Victoria in the late 1890s. He had a lot of critics, but in 1953 he was rediscovered. He is the “ambassador” of an International Goodwill Garden.

Another piece of history dating back to the 1800s is the giant squid. In 1878, a 55 foot long giant squid washed up on shore in Glovers Harbour. It remained the small town’s claim to fame for over a century. In 2001, a famous sculptor constructed a life-sized steel statue in commemoration.

Thor’s Hammer is an 11-foot, two-ton stack of rocks. It was discovered by an archaeologist in the 1960s. He hypothesized it was built by viking explorers. Most other archaeologists believe it was built by Inuit tribes. However, no one can explain it’s purpose, which makes it that much cooler.

After visiting the Falls, check out this wax museum. It features over 70 realistic wax sculptures of famous rockers. In fact, there are even a couple rappers like Snoop Dogg. The artist is Pasquale Ramunno, an Italian immigrant. He runs the museum with his family.

Five Haunting Places That Will Make You Extend Your Ride

Where to Plan Your Fall Foliage Ride