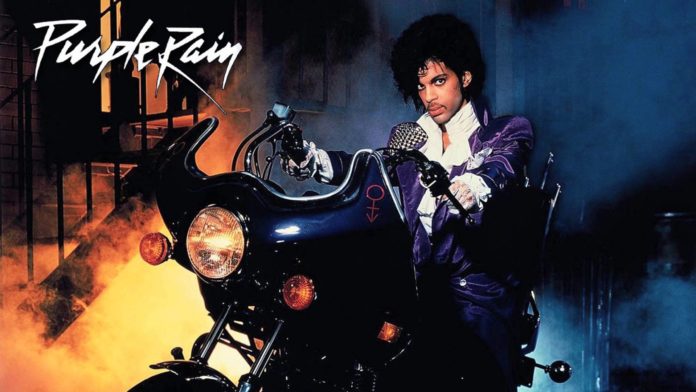 Yesterday’s tragic news of Prince’s death hit us hard here at GothRider. So to celebrate his life and mourn his death, here is our ode to Prince.

Prince Rogers Nelson was born June 7, 1958 in Minneapolis, Minnesota. His professional singing career started in 1978, with his second album (1979) going platinum. Prince produced and recorded some of the greatest hits of the 1980s and 1990s. Some of the best were?Raspberry Beret,?Kiss,?and?When Doves Cry.

In 1984, Prince starred in a semi-autobiographical movie,?Purple Rain. He released a hit song of the same name. The movie features Prince on an amazing custom motorcycle.

The infamous bike is a pimped-out 1981 Hondamatic Honda CB400A. The bike was painted purple with a pink velvet?seat. There were actually 3 total Hondamatics in the movie: 2 were used for stunts.

The same bike was used in the terrible sequel,?Graffiti Bridge, but it was repainted with black and gold trim. You can still see Prince’s motocycle outside of Minneapolis.

Rest in peace, Prince. You were a legend, and you’ll be missed.

What is your favorite Prince song, GothRiders? Let us know in the comments.

Where To Stay At Sturgis