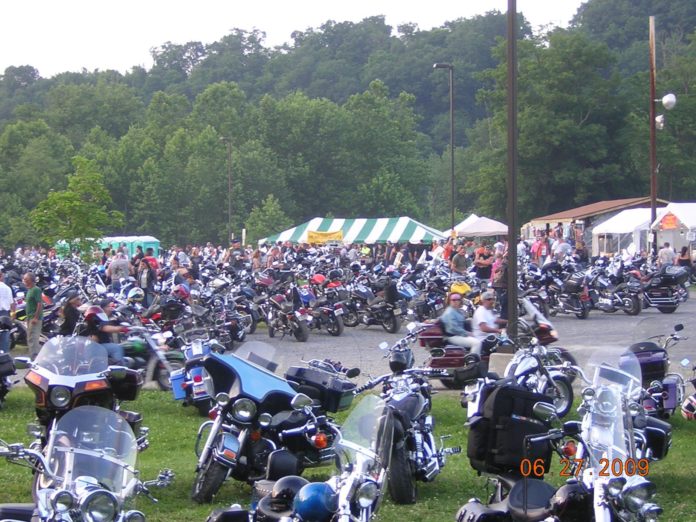 June is a happening month for bikers. Last week, we gave you several biker shows at the beginning of May. But we found six more you need to know about!

Laconia boasts the title of Oldest Motorcycle Rally in the world. This year?s 93rd annual event will be held from June 11 through June 19. Entertainers include Mugsy, Southern Drawl, Ted Nugent, and Bret Michaels.

Throughout the week, there are gypsy rides, pool tournaments, demos, and tributes. Laconia is in a beautiful part of New England, so the scenery is beautiful. Check the website for partner hotels and campgrounds.

The June Bug Boogie gets a bit crazy. So crazy, in fact, it?s only for 21 years of age and up. It runs from June 16 through June 19, and is possibly the wildest, most sexually-driven rally there is.

There are bike contests and other funny contests. Forty dollars gets you into the whole weekend. Camping is totally free, but RVs will need their own generators.

Held at the Sparks America Campground, Bike Week Oklahoma runs from June 16 through June 26. This is another 21 and up bike rally. Like many other shows, there are bike contests, theme nights, and music. But Bike Week Oklahoma has a few things that make it stand out.

They have a Battle of the Bands. They also have free beer. Yep, that?s right. Free Budweiser while supplies last. The whole week will cost you $100. There is tent, RV, and cabin camping on site for additional fees.

Head to the Blue Ridge Mountains on June 17 and 18. This year, the bike fest is moving to the Salem Convention Center to meet the crowd?s demands. They are adding biker games and more outdoor event.

There are concerts, poker runs, and a bikini contest. Their partner hotels aren?t listed on the website yet. Check out Dixie Caverns for camping.

The Vous is a three-day biker party running from June 23 through 26. Don?t miss the motorcycle rodeo and bike show! There?s live music, a leather and lace show, and an awesome Watering Hole. The Vous is hosted at a biker?s only country club in Western Schenectady.

There is plenty of acreage set aside for camping. Take advantage of the Bike Only deal?$50 additional and entry a day early to camp. The whole weekend without camping will cost you just $85.

Johnston Thunder in the Valley 2016, PA

If you?d rather find yourself in Pennsylvania on June 23 through 26, check out the Thunder in the Valley. This rally takes over the whole town of Johnston. There are multiple stages of live music, tons of vendors, and guided rides.